Although Bob Moog debuted the world’s first Moog organ at an Audio Engineering Science convention in 1964, he began his career building Theremins. He made his first Theremin at the age of 14 and went into full-time production aged just 19. Bachelor of Science degrees in both physics and engineering followed and culminated in a Ph. D in Engineering Physics from Cornell University in 1965. But the mighty Moog organ stands as his legacy (he died aged 71 in 2005). In no particular order, we present Lorihajitura’s pick of some of the best examples of his invention put to work.

In which Martin Denny combines the old and the new and comes off sounding fresh and relevant a good decade and a half after he established himself as one of the cornerstones of the whole lounge and exotic genre.

He recorded Exotic Moog in his late 50’s, using the Moog organ to add some additional flavour to a mix of standards like Quiet Village and A Taste of Honey alongside contemporary tracks like Midnight Cowboy.

The Moog possesses a strange, otherworldly quality – the ultimate space age instrument – which can sound overtly kitsch and camp in unskilled hands, but Denny establishes an authoritative tone from the get go, using the instrument as a new colour in an already impressive palette. The Moog combines with marimbas, a full orchestra, and some seriously snaky marimba drums and Bossa beats to make for an eminently listenable album.

Standout tracks: Was It Really Love? and Let Go

I first heard Snowflakes are Dancing when I played hooky in the language lab at Portsmouth Polytechnic in the early 1980’s. Instead of doing endless call and response French lessons in my isolation booth, I discovered the lab technician’s collection of prog rock and experimental albums on reel to reel and spent hours caught in a happy reverie of Tomita, the Japanese composer and genius of tonality.

For Snowflakes Tomita took ten Debussy compositions and used a mighty 39 Moog components, 5 tape recorders, 4 mixers, a Mellotron, a Fender, an echo unit, a phaser, and 2 Echo-rec units to create the tone poem to end all tone poems. If you look up the word ethereal in the dictionary you’ll find a picture of Snowflakes next to the definition. (And The X-Files owes a debt to Tomita’s whistle effect.)

The album stands as a full-on sensory experience with delicate washes of lush orchestration via the Moog, pizzicato accents, the usual otherworldly sounds that only a Moog can produce, and an immersive journey through classical music. It took a staggering 14 months to produce, entered the mainstream charts, and received four Grammy nominations in 1975.

Standout tracks: Arabesque No 1 and Reverie 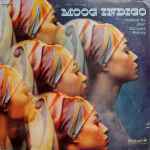 But as the title suggests there’s more than a nod in the direction of Miles Davis with a distinctly jazz-rock fusion vibe going on. More often than not Perrey uses the Moog more as a woodwind instrument, and the interplay between Moog as trumpet or saxophone with the guitars and the underlying Hammond lends it less of an otherworldly feel and more of a straight up band.

There are moments where the Moog gets its usual mosquito caught in a washing machine thing on, but there’s enough of an accompanying groove next to it so that it doesn’t get too kitsch or weird. The second track, E.V.A has been famously sampled by a number of hip-hop artists like Busta Rhymes and was remixed by Fatboy Slim in 1997, which opened it up to a whole new audience. 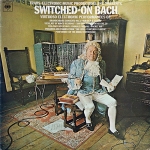 Legend has it that when famed director Stanley Kubrick first heard Carlos’ Switched-On Bach he knew with absolute certainty that she, and only she, could hear the exact sounds he had in his head for the script he was labouring over.

That script was Kubrick’s adaptation of Anthony Burgess’ dystopian and ultra-violent novel A Clockwork Orange, which Terry Southern leant to him. Carlos managed to capture that perfect mix of the ancient and precise beauty of classical music whilst at the same time imbuing a strange and no less beautiful sense of the notes being somewhere out of time.

The Moog feels at its most futuristic on Switched-On. Carlos spent a staggering 1,000 hours to produce it, working closely with Bob Moog throughout the process and modifying the equipment as she went, literally working one note at a time. A Billboard top ten and Grammys followed, and then a brush with Beethoven beckoned and Carlos became a deserved movie legend.

Standout tracks: Jesu, Joy of Man’s Desiring and Prelude and Fugue No 2

Mike Melvoin stands as one of the most accomplished of the artists in this group – and The Plastic Cow as one of the main reasons we can’t help but mispronounce Bob Moog’s name (it’s actually pronounced Mogue).

Melvoin was a composer, jazz artist and session musician – his duties include The Beach Boys – Pet Sounds, work with Barbra Streisand and Frank Sinatra, and an extended stint with the famous Wrecking Crew. He also just happened to be Dad to Wendy Melvoin of Prince & The Revolution fame.

And his work here on Plastic Cow is sheer joy – the Moog in all its silly, irreverent quirkiness displayed across a selection of pop tunes. It’s not high art – but it’s pretty damn fabulous nevertheless.